The hegema nursery has been growing St. John‘s wort exclusively for us since 2016. The nursery is situated in the middle of their own fields surrounded by nature. The family-owned company, now in its 4th generation, can draw on 80 years of expertise. Around 35 different cultures of medicinal and herbal plants are grown on 100 hectares.

The St. John‘s wort is cultivated in a 3-year rhythm. Cultivation in the organic sector is extremely laborious, as the weed pressure is very high and the weeds have to be removed by hand. In addition, crops can only be harvested in the 2nd and 3rd year, since after that the infestation by the St. John‘s wort glossy beetle and the Colletotrichum fungus is too extensive.

Only the flowers and buds, i.e. a small proportion of the stalk, are harvested by hand. Directly after harvesting, the St. John‘s wort is crushed and put into a specifically developed oil recipe for maceration. The typical reddish colour emerges. After this ripening process, the St. John‘s wort is filtered and delivered directly to us.

St. John‘s wort oil is mainly used as a sedative and antidepressant in Europe. It is also used to treat wounds, muscle tension, inflamed skin or applied after sunbathing. 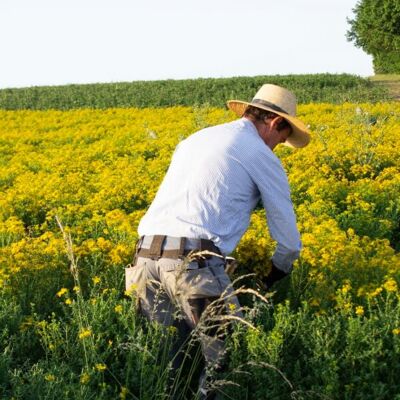 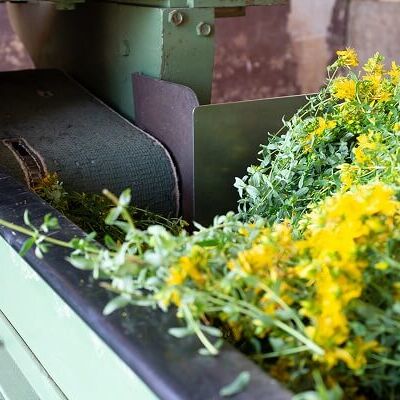 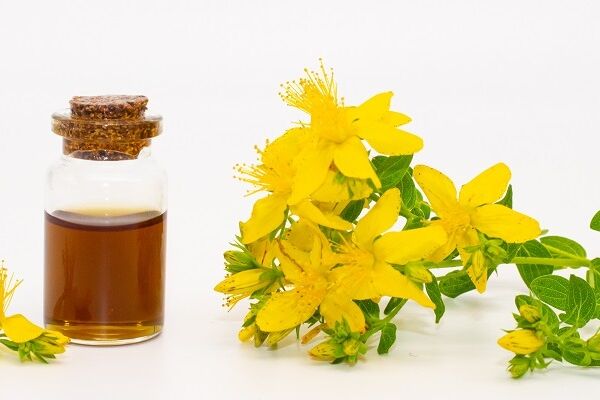 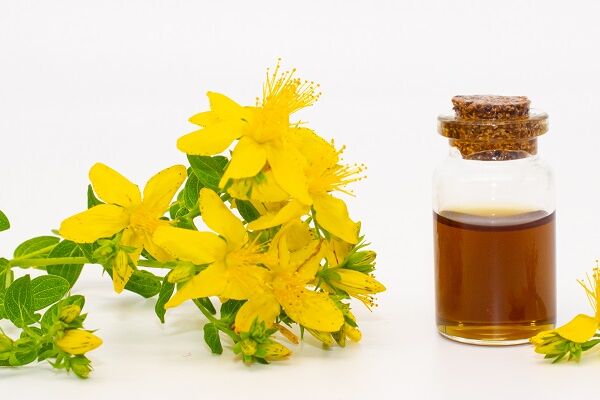 Make a special request now
Get in touch with us